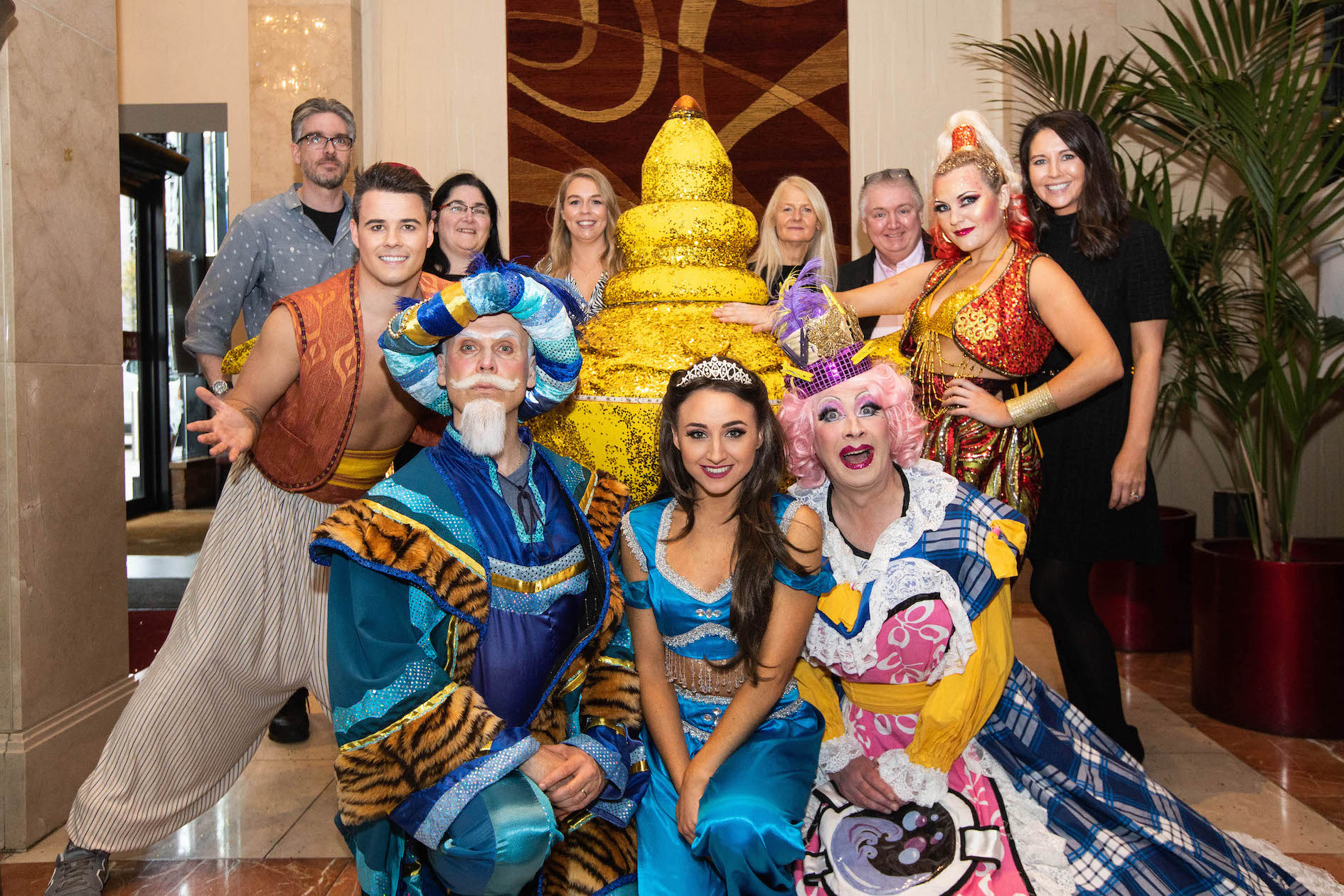 Everyone’s favourite panto is back as The Specsavers, Limerick Panto Aladdin takes to the University Concert Hall from December 16 to January 5, 2020.

At the launch at the Savoy Hotel in Limerick the star-studded cast, led by Johnny Ward as Abanazer, were in full costume to mingle with the Mayor of Limerick, Celia Holman Lee, rugby pundit David Wallace, Lyric FM’s Lorcan Murray, online influencer Sinead O’Brien and many other guests to kick start the festive season.

Johnny Ward, one of the country’s most familiar faces following his stints on Fair City and Dancing with the Stars, will be joined on the University Concert Hall stage this year by UCH panto favourite Richie Hayes (Wishey-Washey), singer, actor, and star of the 2017 Mrs. Browns’ Boys Christmas Special, together with Dayl Cronin (Aladdin), Dancing with the Stars 2017 semi-finalist and former member of Irish boyband Hometown and Rachel O’Connell as the Genie! Also returning to this year’s cast will be comedian Tom O’Mahony (Garda Pong), Myles Breen (Widow Twankey), Richard Lynch (the Emperor) and Hayley-Jo Murphy (Jasmine).

Featuring some of the funniest, wackiest characters in pantoland Aladdin at UCH, Limerick promises to transport you to a whole new world this Christmas.

Journey with the lovable laundry boy as he moves from being at Abanazer’s beck and call to becoming master of the lamp – all the while trying to win the hand of the beautiful Jasmine. Throw in an animated, wish-granting Genie, a carpet that just can’t keep its tassels on the ground, and the always hilarious Wishey Washey and Aladdin has all the ingredients to be the most fun your family has this Christmas.

The Specsavers Limerick Panto at Aladdin at UCH is the hottest ticket in town with all shows selling out in advance, so to grab the best seats, for the day that suits you, book now.

Some key additional information is the following; Venue is the University Concert Hall, Limerick, the dates are as followed, Monday, December 16, 2019 – Sunday, January 5, 2020, and the ticket prices will be from €19.50 matinee & evening Shows.