Making her panto debut in a starring role will be Haley-Jo Murphy as Cinderella and Myles Breen and Richard Lynch as the hilarious (and hideous!) Ugly Sisters at the SPAR Panto Cinderella launch in House, Limerick. Picture Sean Curtin True Media.

The star-studded cast of the SPAR Panto, Cinderella, were out in force on Tuesday October 31st to launch this year’s show which runs at University Concert Hall, Limerick from December 18th. The fairytale cast, in full costume, looked very much at home in the beautiful garden room surrounds of House, Limerick.

Samantha Mumba, who shot to fame in 2000 with the release of her debut single and most recently seen on Celebrity Masterchef, joins the UCH Panto cast for the first time this year. 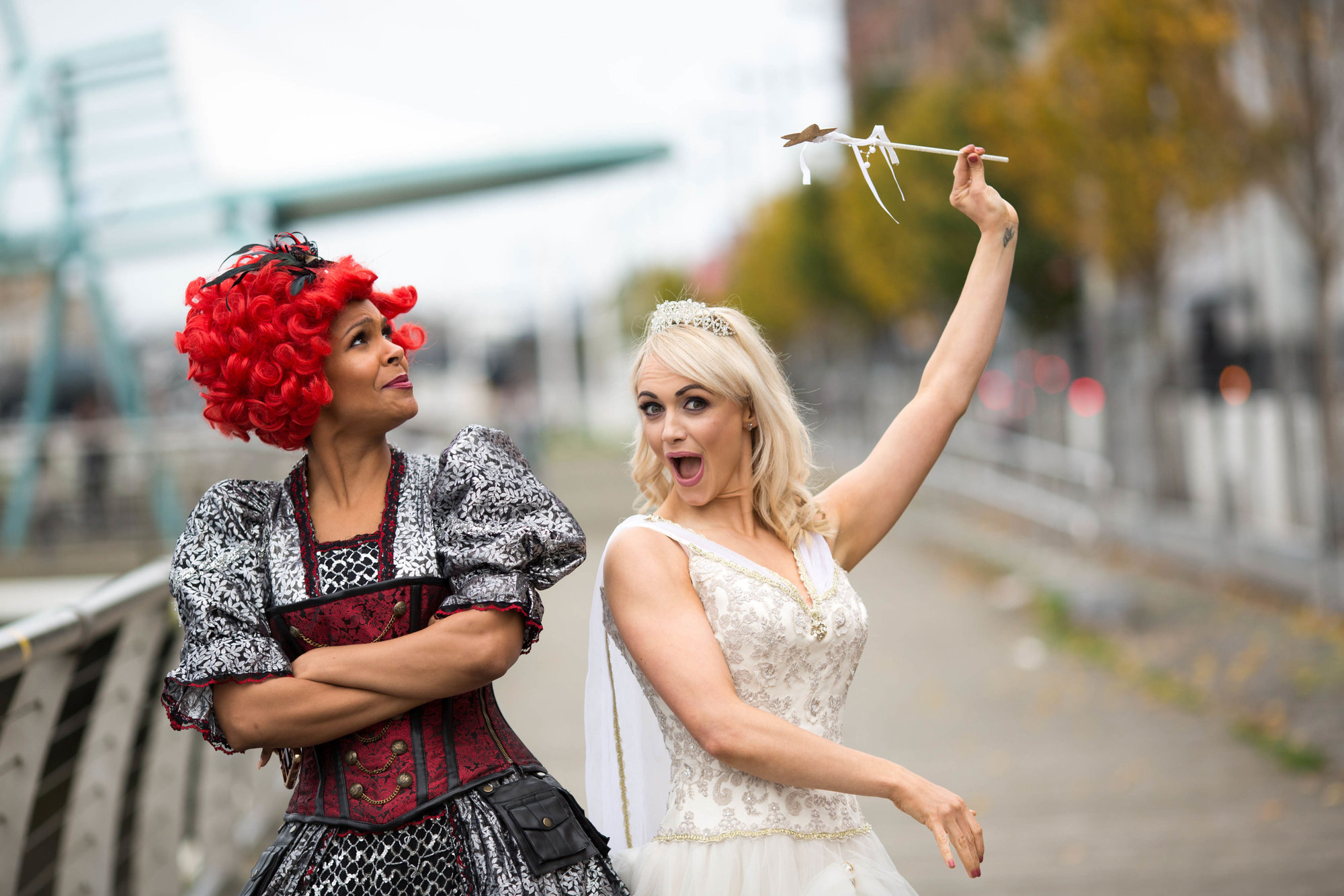 Samantha Mumba’s debut single Gotta Tell You went straight to the top of the Irish, UK and US charts in 2000. An international star, she went on to sell almost 5 million copies of hits during her successful singing career. Samantha also worked with Steven Spielberg, Vinnie Jones, Roger Daltrey and Patrick Bergin during her time as an actress.

A recent viewer-favourite on Celebrity Masterchef, Samantha is now preparing to be “booed” off the stage as she takes on the role of Cinderella’s evil Stepmother in this year’s University Concert Hall panto!

Speaking today Samantha said, “I’m really looking forward to taking part in this year’s Panto, and am very excited to be playing Cinderella’s Stepmother– I’ve never played a baddie before so I’ll get to boss the Ugly Sisters around and have a lot of fun with this role!”

Joining Samantha for his SPAR Panto debut at University Concert Hall will be Dayl Cronin, Dancing With The Stars semi-finalist and former member of Irish boyband Hometown, who will star as Cinderella’s love interest, Prince Charming. 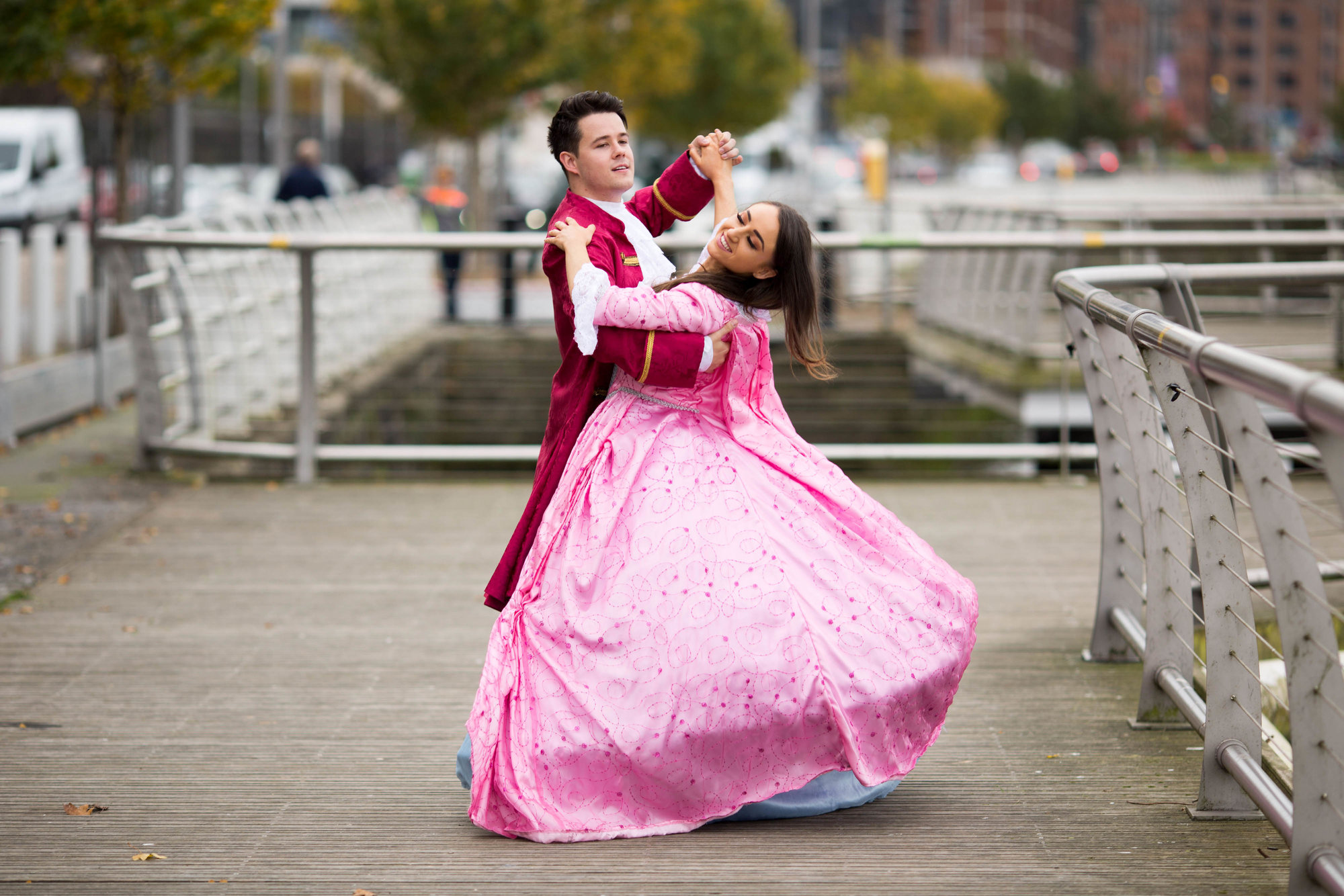 Dayl Cronin, the Prince and Panto debut in a starring role will be Haley-Jo Murphy, Cinderella at the launch in House, Limerick. Picture Sean Curtin True Media.

The Robert C Kelly and University Concert Hall Panto is now in its sixth year and has grown to become one of the most eagerly anticipated in the country, with a host of Irish showbiz names starring since 2012.

Magic, romance, a feisty heroine, a handsome prince, dubious sisters that could do with a beauty blogger boot camp, chart hits and hilarity will all combine inCinderella to produce the most wondrous panto ever seen!

Also starring Richie Hayes as Cinderella’s BFF Buttons, Leanne Moore as the Fairy Godmother, comedian Tom O’Mahony as Dandini and Myles Breen and Richard Lynch as the hilarious (and hideous!) Ugly Sisters. Making her UCH Panto debut in a starring role will be Haley-Jo Murphy as Cinderella!

Feedback for last year’s panto was amazing. “Fantastic…one of the best shows ever. Loved it from start to finish”,
“I was like a little kid again”, “I won’t be forgetting this show for a long, long time”, “Brilliant fun for all”.

no images were found